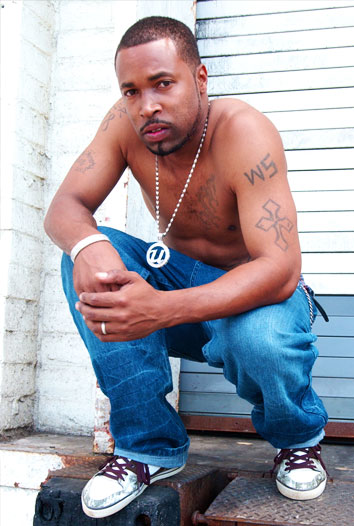 What’s happening, this is J-Boy a forever represented of Intrigue U Records. Every since 2001 I’ve been involved in the San Diego music scene from recording, to performing, to finally completing an album. It’s been a long road and me just like 80% of the world I grew up without everything handed to me. So I related to music as a way to express my emotions. I was introduced to Glenn “Gee” Crain in 2001, and ever since he’s been motivating me to do me. I’ve been involved with countless Photo Shoots, a few Music Videos Shoots like “Kan We Bang It” to my favorite “Do you Wanna F@#$, to shooting a video in Las Vegas. Ya’ll know it’s all about having fun, and most importantly it’s about family. I’ve done songs with artists like J-Dubb (my cousin), Thump, Kali, Tre’ (Iron Records), The Calione Family, and my Favorite my family K.C.

The music that most influenced me growing up was Pac, C-Bo, N.W.A., Dre, Nas, Bone Thugz & Harmony, and R&B artists like Michael, Gerald Levert, Luther and many other artists. To me it’s a blessing that I’m able to express my feelings in a positive way. I went from thinking that I can’t be stopped, to being a father and realizing that it’s not important who’s the hardest on the block, what’s important is life and living it. That’s what I live for.