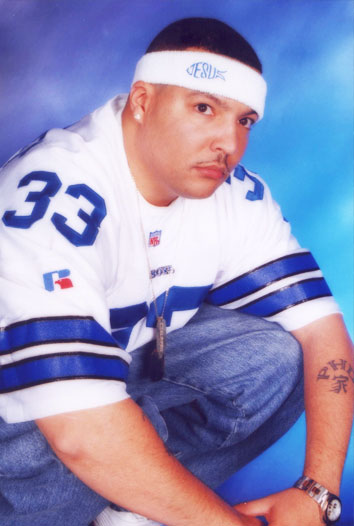 Born Andre Lamont Floyd in Los Angeles, California this young man has made a huge impact in the lives of those he has encountered. The name “2:Eleven, signifies the Police Penal Code for armed robbery, as his goal is to rob Satan of souls armed with the sword (the Bible) and bring them back to the Lord. Just as he has been commissioned to winning souls for Christ, he is committed to deliver a hard-hitting message to young people about choices made in life, and how these bad choices can have a devastating, long lasting impact on the rest of their lives. His message is delivered with beats that captivate, and lyrics that stimulate a desire to listen and learn more from this young man and his music. Almost every song’s lyrics, from the hard-hitting “Flesh” to the thought provoking “Who Am I?” are written from a biographical view.

Using the genre of rap, he is a captivating storyteller that allows the Holy Spirit to use him in attracting young audiences, as well as more mature audiences. 2:Eleven has performed in venues ranging from high schools to concert halls. He has captured the attention of United States Navy personnel where as a Chief Petty Officer he serves as a Religious Program Specialist. As an artist in demand, he performed at the 2004 Holy Hip-Hop Fest, the Billy Graham Youth Crusade, and Qualcomm Stadium. 2:Eleven has made several television appearances including Fast Forward on TBN and Saints of Valor with Vicki Lee. Currently he serves as a youth leader in his church and sponsors families annually for Thanksgiving and Christmas through the revenue generated through his record sales. Be on the lookout as this young man continues to spreads his message with original impacting lyrics and beats that speak to the music lover in all of us.